The launch of Bailie Group

Roy worked his way up through the ranks of the company, owned by the British Printing Corporation (BPC), becoming the general manager in 1971.

Nine months after Roy took the promotion, on 13 November 1971, the IRA blew up the W&G Baird factory, levelling it.  The business was targeted because it was owned by the BPC - a British company. Unperturbed, Roy got hold of new printing presses, portacabins and materials and rebuilt the site. That started a journey which ultimately led to him owning the business, leading a management buyout of W&G Baird in 1977.

The acquisitions started in 1984 – acquiring packaging companies MSO followed by Biddles, Blackstaff Press and Thanet Press Ltd, and The Baird Group was born with Roy at the helm as Group chairman.

The direction of the Group changed in the 2000’s when the decision was made to move out of large-scale print manufacturing. The advent of the digital era had meant that with the growth of print management, the Group risked becoming third parties to customers and the aim was always to have a direct relationship.

The strategy then changed. The next 10 years saw the printing companies being sold, predominantly to the existing management teams, and a new acquisition trail started. This involved looking for communication agencies and consultancies. The first was CDS in 2000, followed by acquisitions of Cheltenham Technical Publications (now CDS Defence & Security), Newspress, Headline Auto and Market Engineering.

Fergus Bailie, current Group CEO, joined the Group in 2007 from PWC. Fergus joined as a consultant on a variety of digital projects across the UK before taking on the role of Commercial Director and then MD of CDS in 2010.

The Group restructured in 2017 to build for the next phase of growth, putting in place a multi-company structure with MDs and Operating Boards. Each company was built around specialisms, with experts in their field responsible for running and delivering the management and projects within each business. Fergus was then appointed Group CEO.

This helped kick start the next phase of growth, and the Group has grown from £15m in 2010 to £42m in 2019 and is planning for more success in the future.

That’s why, as we look at the next 10 years, the decision was taken to rebrand the Group. As Fergus explains.

“We have been proudly operating as ‘The Baird Group’ since the mid 2000s. As we look out for the next 10 years, we wanted a brand that portrayed our family values, our ethical approach to business and our priority of staff engagement. We believe in long term investment, in growth through the adoption of technology and investing in people and ideas which make a positive difference. We always challenge ourselves to improve society, both through the work we do and the communities we live in. For that reason, the Bailie Group takes on the next stage of this chapter, looking to invest in our Group companies and acquire businesses that match our purpose driven philosophy.”

The last word goes to the man who started the ball rolling back in the 60’s and is still at the helm as Chairman. Roy concludes:

“I like to think of this company now as a family. It’s an old cliché that people are our greatest asset, but in our case, I absolutely mean it. When people join, I want them to see the potential for advancement. I always look for enthusiasm, passion and commitment in new starters. Experience doesn’t matter as much to me. You can’t build those other things – you either have them or you don’t.”

A lot has changed in 55 years. What will the next 55 years bring? 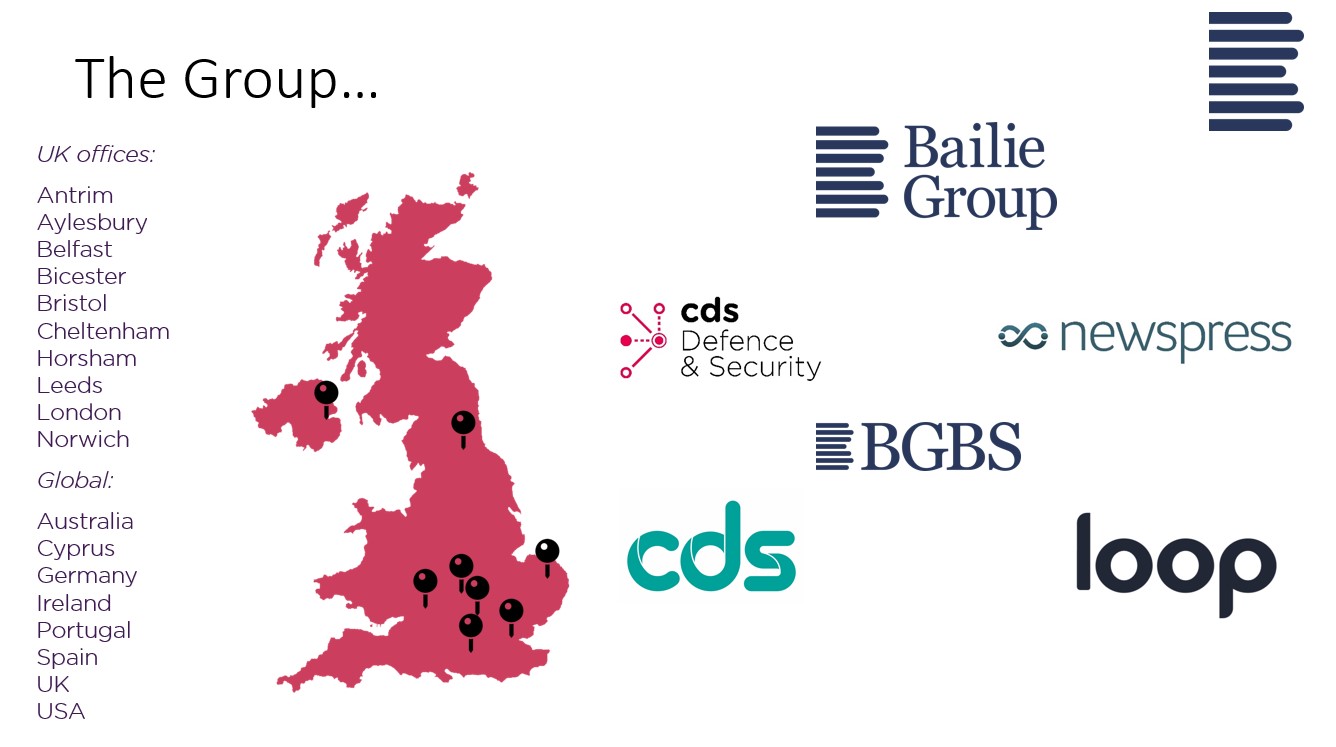 Dive into some similar articles within the Our news category.