CDS Defence & Security (CDS DS) have partnered with the Portsmouth Business School (part of the University of Portsmouth) to digitise academic content for the training of air and space power to the new Initial Officer Training course at RAF Cranwell and to Non-Commissioned Officers at RAF Halton.

The academic elements of the courses were originally delivered using traditional classroom-based methods. However, as part of Project MERCURY which aims to maximise the impact of Technology Enhanced Learning (TEL), the RAF is transforming the learning environment to create a training programme which is more innovative and engaging.

CDS Defence & Security worked collaboratively with the University of Portsmouth to transform their existing course material into digital content including engaging and interactive learning design through imaginative animation, narration and video of academic experts, and a crisis management game. During this 6-month project, against extremely demanding deadlines, CDS DS created 68 separate pieces of e-learning spanning over 9 hours of study.

This content is focussed on the core elements of the academic curriculum, engaging the learners from the start and providing the foundation for the overall blend of learning. This is now all hosted on the RAF’s Moodle-based VLE and includes the digital content produced by the University of Portsmouth. The classroom-based elements of the blend can then be delivered based on a much higher level of understanding by the learners and therefore lead to better outcomes for them and the RAF. In addition, elements of the e-learning - including topics such as space - produced by CDS DS have been so effective that they will be used much more widely across the RAF.

“CDS DS have a long history of working with Higher Education establishments to repurpose traditional classroom-based content into digital learning that is engaging, effective and accessible, and has the power to really stick in the mind of the learner. We’re seeing considerable interest from across Defence to move to this digital, learner-centric way of delivering training, and we’re delighted to have partnered with an establishment like the University of Portsmouth in order to achieve this for the RAF”

Dive into some similar articles within the Training & Learning Development category. 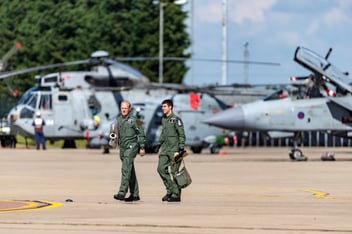 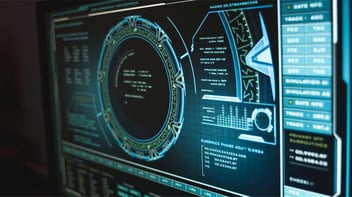