Can coaching be a catalyst for cultural change?

Elite athletes and sports professionals accept, without question, that using a coach will improve their performance. Professionals in business are becoming increasingly reliant on coaching to get the very best from their leaders.

Within the British Army, there has been a move to embrace the use of coaching across the ranks from recruit training through to the General’s course at the Royal Military Academy Sandhurst (RMAS), but I don’t feel this ever resulted in widespread adoption of this methodology and I’ve often pondered the reason for this?

The military is an environment where teamwork and mutual support are critical. There are many talented and outstanding individuals, but when they come together, their collective ability is amplified. The first time I heard about performance coaching in the military was through reports from Lympstone; the Commando Training Centre where they had embraced coaching to such an extent that they had created a Coaching and Mentoring Advisory Team. The team was created to help recruits enhance performance and, as a result, pass rates began to increase. This news coincided with the Army’s response to the Deepcut enquiry and the creation of the Army Recruiting & Training Division Staff Leadership School (ASLS) in Pirbright. ASLS flew the flag for coaching in the training environment and new titles were created such as ‘Sub-unit coach’ and ‘Master coach’ to drive a coaching culture. RMAS also introduced the Coaching Advisory Team (CAT). However, in recent years I have witnessed this waning and the initial enthusiasm for coaching as a mechanism to improve performance has been in decline in all but a few enthusiastic individuals in key roles in the training environment. So, what can be done to address this?

Outside of the Army, the Royal Marines have been advocates for coaching for many years and, as such, a coaching culture has moved into the mainstream. So how did they manage to adopt it wholesale, whereas the Army did it more piecemeal? For me, I think it boils down to ownership. Whereas there is a Centre for Army Leadership, a policy and a budget, as well as high profile-advocates such as the Chief of the General Staff and the Army Sergeant Major, coaching and mentoring lacks a dedicated owner. Could the introduction of a coaching programme for all newly appointed Commanding Officers be the stimulus that is required to reignite the enthusiasm for performance coaching?

I’d be preaching to the converted if I highlighted just how effective coaching is. It can help with clarity of thought, goal setting and is a powerful way of preventing unhelpful or toxic leadership traits. But for coaching to work, it needs to be done well. The relationship or chemistry between coach and coachee needs to be strong as does the trust and respect from both parties. Diversity of thought and experience is also hugely important, otherwise there is a risk of the coach becoming a mentor, and the military is the perfect environment to create an ‘echo chamber’ where nothing really changes.

That’s why I’m so excited to be working on the Commanding Officers coaching programme as part of the CDS DS Leadership Development team. Our outstanding team of executive coaches are drawn from the worlds of sport, academia and business and their experience, diversity and ability to challenge thoughts and behaviour will help to avoid that ‘echo chamber’ experience. It is my firm belief that when a leader (such as a Commanding Officer or, a Managing Director if we look at the commercial sector…) is engaged and invested in coaching, the positive effects can cascade through the entire organisation, resulting in improved retention, greater employee engagement, improved resilience and enhanced organisational culture.

Can coaching be a catalyst for cultural change? Let’s look at the British Army over the next 3 years and see! 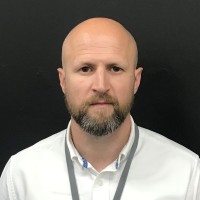 Dive into some similar articles within the Leadership Management category.

How DiSC is helping teams to tackle change in 2021

CDS DS and M2M2 reward outstanding Learner of the Year